Our favorite guest blogger John Walker Ross returns with his latest insights and commentary on Sixties Music! John is the creator and curator of The Round Place In The Middle. Here’s Johnny!

Steven Van Zandt, on his great radio show, The Underground Garage, once said arrangers are the secret heroes of Rock ‘n’ Roll. It’s true they don’t get enough credit, except when they also happen to be great producers or band leaders ( Brian Wilson, Smokey Robinson, Phil Spector). And then they get credit for being those other things, not arrangers. In my next two columns I’ll try to provide a bit of a corrective to that.

In the pre-rock era arranging basically had two processes: formal and informal. Generally speaking Pop was formal and everything else, Blues, Country, R&B and especially Jazz was informal. Of course “informal” could mean a jazz or bluegrass act working out an arrangement over two hundred nights on the road or a thousand hours of jamming before trying to capture the spontaneity of a live performance in a three-hour recording session. It hardly implies less musical sophistication.

But with the arrival of Rock ‘n’ Roll the two processes began to merge as never before. The standard one-or-two take Pop session, with classically-trained musicians backing note-perfect singers sans improvisation became an increasing rarity The new model ran more along the lines of what Elvis Presley did when he arrived at RCA, using skilled musicians to search for a feel that built take-after-take. “Heartbreak Hotel” may not have been the first Rock ‘n’ Roll record, but you could make a good case it was the first true Rock ‘n’ Roll arrangement….an almost completely informal sound achieved by a mix of road and studio musicians and one man’s driving vision. By the time Elvis got back out of the Army in 1960 the art of arranging for the new sound had grown by leaps and bounds. The world was ready for the explosion of the 60’s and arranging would be the secret ingredient in the most revolutionary records of the age.

Here are ten that defined the first half of the decade:

The trio at the heart of this record, vocalist/lyricist King and writer/producers Leiber and Stoller, had already performed miracles with the Drifters: 1959’s“There Goes My Baby” was perhaps the last groundbreaking arrangement of the 50’s. On the surface this seems simpler. Hard to get that stark, indelible bass line out of your head! But if you do pay attention, what comes after is just as remarkable. King’s voice achieves an impossible combination of distance and intimacy throughout, rising to true gospel intensity only at the fade, when he’s responding to a string arrangement (by Stanley Applebaum) and vocal chorus which have built to a soaring bridge after being more ghost than flesh for most of the record. The past wasn’t discarded, but the future was heaving into view.

It starts off simply enough, with a standard 50’s R&B vibe. Then, within a few seconds, the drums and vocal come in at the same time, with the drums imitating cannon fire and Dick St. John beginning with a vocal chant that would normally be reserved for a highlight interpolation at the end of a verse or chorus. Clearly someone had been listening to a lot of doo wop. At first it doesn’t sound like anything could live up to those drums, but soon enough St. John’s voice blends with Mary Sperling’s (the record company christened her “Dee Dee” without asking) and the magic starts to build. The main producer/arranger, Don Ralke, was an old Hollywood hand who had been tasked with giving various studio projects some sort of musical cred. He surpassed himself here, using a four track process that allowed St. John to take the anchoring bass and wild falsetto, while Sperling sang the middle octaves and kept the whole thing on track. Turning two voices into four anticipated John Phillips turning the Mamas and the Papas into a choir by half a decade and the result was an unstoppable hit, where the arrangement built almost second-by-second into a sound that reinforced the urgency of the lyric. Released as a B-side to one of the duo’s more conventional outings (they were basically a folk act), it didn’t stay a secret for long. It sounded like nothing before it. You could say 50’s-style arranging began turning into the 60’s right here.

This entire list could consist of Roy Orbison records. Recording in Nashville he brought elements of everything from opera to Mexican music to countrypolitan to the top of the charts in a seamless blend. Here, with the core of Nashville’s A-Team behind him, he does without a chorus—a rarity in the entire history of Pop—and simply tells the story of an emotional state. Which emotional state? Read the title. If you want to “explain” Roy Orbison arrangements, you couldn’t do better than cite the way the instruments, which have been building gradually throughout the first half of the song, go silent for a beat under the word “darling.”….only to redouble the intensity a moment later and spend the rest of the record climbing to the stars.

One could be forgiven for listening to this once or a thousand times and assuming it was breathed into being. But nothing is harder to “arrange” than the kind of ease these three pros who had been assembled by Bob Dylan’s manager in Greenwich Village had already perfected, barely a year after they got together. The key was to build a harmonic bed that would allow Mary Travers’ voice—the one with the gravitas to match Dylan’s lyrics while puncturing his not inconsiderable pretensions—to dominate the now-two-part, now-three-part harmony without seeming to. Listen and learn.

January to be exact…the least calm moment to ever occur before a storm. In it’s full version it begins with Frankie Valli crooning a two-line intro…”Pretty as a mid-summer’s morn/They called her ‘Dawn.’” Then the drums start bringing the thunder and the lightning all at once. The whole thing is fantastic but the key was ace drummer Buddy Salzman, as fundamental to the East Coast session sound as Hal Blaine was to the West, topping himself with one explosive fill after another until, as the record climaxes, he pile drives the kit six times like he’s killing a deadly snake. Kept from being the Seasons’ fourth consecutive #1 only by what happened next.

Next February to be exact. The Explosion. We tend to forget now, that the Explosion was ignited by this record and no other. And that it’s all arrangement. Let’s face it, the lyrics were pretty standard stuff. The Beatles were fine singers but it’s hard to imagine them exciting a world used to hearing Roy Orbison and Brenda Lee and Smokey Robinson and Frankie Valli and so on with their voices alone. And they were a good band, but….It’s the arrangement. The way the chorus sounds more like a bridge, the way the voices exchange close and counterpoint harmonies, and especially the way Paul’s bass and Ringo’s drums set up a smooth, brooding call and furious, joyous response under the verses. Yes, you could fill a book discussing Beatles’ arrangements. But who knows if anyone would care without this?

The Explosion had consequences, not least in Brian Wilson’s head. It wasn’t coincidence that he heard the Beatles and came up with the greatest arrangements of his career (and he was no slouch to begin with). This might have been the greatest and all the more remarkable when you consider the B-side was only “Don’t Worry Baby.” It was on this session that Brian kicked his Dad out of the studio and took control of his career for the brief window before he succumbed to drugs. Still, it’s hard to think of him going much further than this. A double lead vocal and five- part harmonies shifting gears and timbres so fast the only way the instruments, played by various Beach Boys and core Wrecking Crew members, could keep up was by imitating ninety miles an hour on an L.A. freeway.

Writer/producer Smokey Robinson always credited Marvin Tarplin with the great guitar intros to his songs, of which this was the most memorable. Again, everything here is so perfectly in place that it sounds like someone dreamed it. That’s a credit to Smokey himself. As the 60’s greatest record man he possessed an array of talents so vast his arranging is often overlooked. If you need proof of just how big that talent was it’s that, among hundreds of covers, none of the handful that matched its intensity came close to making it also sound like a miracle of ease. Granted, having the Tempts (who arranged their own vocals) didn’t hurt!

On a series for Medium I did with my partners Neal Umphred and Lew Shiner, I defined rock and roll records as those that, however ‘Pop’ they sounded later, could not have been made without the 50’s revolution. This was Exhibit A. No single element on it would have been out of place on a Doris Day release in 1951. But the totality would have been unimaginable without all that happened in between. And the totality is the arrangement, presumably the work of producer Tony Hatch, which builds to one of the great, sweeping bridges in the history of Pop….or Rock ‘n’ Roll.

It’s fitting that the biggest hit version of the most played song of the 20th century, and Phil Spector’s magnum opus, also had the greatest arrangement and was released at the exact mid-point of arranging’s Golden Decade. I’m not a musician but I know of one who claims this incorporates three separate melodies before it reaches the first chorus. I wouldn’t be surprised. The call-and-response between Bill Medley and Bobby Hatfield at the climax would alone mark it as the one record you can’t leave out of any discussion of great arrangements. Sounds like it was made up on the spot….after a hundred tries.

You want a definition of arranging? I can’t beat that.

Next time—the second half of the 60’s, when things hardly slowed down! 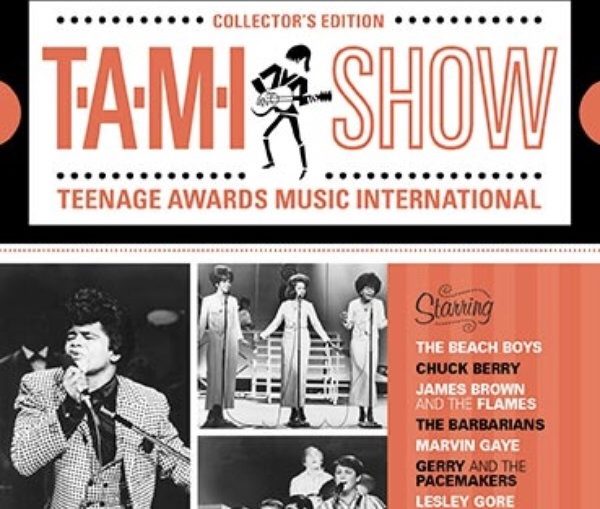 You Won’t Believe What Really Happened On Abbey Road! 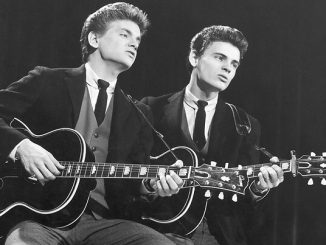 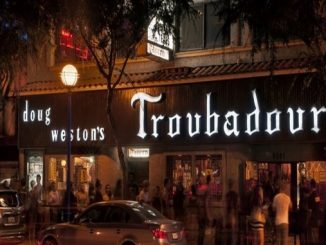 Midnight Confessions at ‘the sad cafe’