It was 50 years ago today, Feb 15th, 1968 when The Beatles, their wives and friends set off for the Ashram of The Maharishi Mahesh Yogi located in Northern India in the city of Rishikish. The plan was to spend THREE MONTHS with The Maharishi, unplug, decompress and be enlightened by this universally acclaimed guru!

Along for this now legendary ill-fated trip were The four Beatles, John’s wife Cynthia Lennon, George’s wife Patti Boyd,  as well as Maureen, Ringo’s wife and Paul’s long time girlfriend Jane Asher, as well as roadies Mal Evans and Peter Brown, and friends, Mike Love from The Beach Boys, Donovan Leitch, actress Mia and sister Prudence Farrow. The original idea to make the trip came from George’s wife Patty Boyd, she was searching for some way to escape and detox from the high focus intense life they were leading, when she saw an advertisement placed in “The Daily Mail” touting The Maharishi and his Ashram! We don’t know about you, but we always were a little wary of Universal Guru’s running adverts in our local paper?

Skepticism aside Patti happily convinced the gang and booked the  3 mos tour….( if your hearing the Gilligan’s Island theme in your head right now, You’re not alone! ) At first, everyone took a deep breath and felt good about the trip, but things began to deteriorate quickly. There were cleanliness and hygiene issues and problems with large bugs, spiders, and Scorpions   and the food… hitting Ringo the hardest. In fact by March second Ringo had all he could stand, argued that the “Ashram was nothing more than a child’s sleepover camp and was immediately outta there! Leaving John, Paul and George behind to do what they do best, write songs!  And write they did. Between the remaining three Beatles they wrote 48 songs, most of which are featured on “The Beatles White Album” additionally it was here where Donovan introduced “Finger Picking” to the three guitar players. But as day’s passed The Beatles began noticing how the Maharishi was becoming less and less about Peace, Love and Enlightenment and more about Cash Commerce and the ladies in the group. Beginning with a conversation with Paul, when the Maharishi asked Paul..”.What is the best car for one to have”? Paul replied,  I have a Mercedes-Benz and it’s great” The Maharishi replied, “Fantastic, I shall buy one tomorrow”. Not exactly the kind of “enlightenment” McCartney was looking for. Rapidly, it was clear that “Yogi” was determined to orchestrate and record every moment of The Beatles Trip! With photographers and cameras rolling,  he began each day barking orders, and shouting directions like Cecil B. Demille….”Ringo! Get under the tent, JOHN, PAUL, “smile shake hands”….George, “Play your guitar” you get the drill. Peter Brown was the first to “Blow the Whistle on “Little Yogi” Brown soon discovered and revealed to all that The Maharishi had made a deal with American Broadcaster “ABC T.V.

The most infamous and timely tales of The Beatles in India surround The Maharishi and his sexual misconduct toward the female attendees. As the story is told, beyond the Maharishi’s obvious overtures, it was Beatles hanger on “Magic Alex” who claimed to have witnessed the Maharishi having his way with a woman who was more than resisting his advances, and SHE left the next day! Beyond the food, the bugs, the heat and “T.V. Special it was The hypocrisy and womanizing by the Maharishi that eventually drove the Beatles away, with Paul and girlfriend Jane Asher leaving two weeks after Ringo with George and John departing soon after!

Lastly, as ghastly as the experience was Beatles fans were left with at least two of your favorite Beatles songs from their experience in India “Sexy Sadie” which was originally titled “Maharishi” but, upon George’s insistence John changed it! And “Dear Prudence” John’s plea to Mia Farrow’s sister Prudence to unlock her door and come out of her room. According to John, all Prudence wanted to do was sit in the dark in her room and meditate…..She stated very competitively “She was going to be “The first one to find GOD!…..Nobody knows?

Our favorite moment from The Beatles trip to India was the final words between Lennon and The Maharishi as he and Cynthia were leaving; The Maharishi asks “Why are you leaving so early”? Lennon replies “Well  if you’re so enlightened YOU FIGURE IT OUT”

Secret Chords of the Sixties

“The Sound Of Electricity” – Simon and Garfunkel 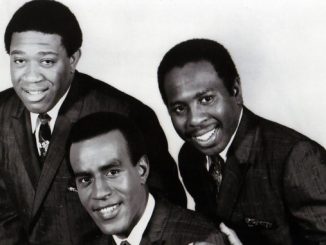