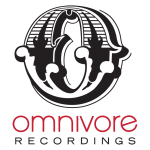 Trivia Tuesday for April 9th!  Brought to us each week by the Fab Folks @ Omnivore Recordings! Thee coolest place in the Universe where you’ll find only the Rarest & Tastiest music on Earth!

But, before we get to this week’s quiz, we’d like to offer up our weekly “SMS Cyber Shout Out” to the very cool readers who showed up for last week’s question, which was a lyrical one! We quoted the first verse from the 1969 classic “One Tin Soldier” by The Original Caste. We continued by asking who also covered the song and what classic movie featured the song as well? The answer is: Coven covered the song and it was featured in the 1971 classic “Billy Jack starring Tom Laughlin! Showing up and kicking some serious Billy Jack Butt was Mr. Bob Bigoshay, in early and on the money! Way to go Bobby B. And congrats, YOU are this week’s winner of a very cool Omnivore Recordings CD! Weighing in as a close second was,  naturally,  Steven Winogradsky, But, didn’t quite ace the question! hang on Steve, a new question is only a few clicks away!  However Curtis Stone,  our old friend who hails from White House Tennessee weighed in with most of the correct answer, but also shared some cool insider background about Coven and Tom Laughlin. Thanx Curtis!

But now, it’s time for this week’s new Trivia Question: What Classic Band from the 60’s had a Top 10 hit with the same song TWICE ? Additionally: What is the original title to the song? And: What is the upgraded titled used for the second recording?

And for extra credit: Give us the titles to at least two more top 40 hits from this great group?

In summary, we need:

1) The name of the band who had a hit twice with the same song?

3) The upgraded title to the second hit?

And, just below we’ve include a link to Omnivore Recordings HomePage! Why not drop in and grab some great music

remember, you can answer the Trivia Question as often as you like, but can only win a Groovey Omnivore CD every two weeks!

Exiled! with The Rolling Stones

WIPE OUT The Beach Boys! 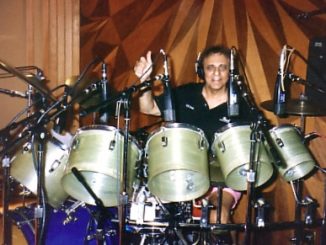