Yes Indeed! It’s Trivia Tuesday for August 17th! Brought to us each week by all the Groovey People at Omnivore Recordings! Your only real option for all the music you didn’t know, you didn’t know! However, before we get to this week’s all new question, we’d like to recognize all the brilliant readers who showed up for last week’s question! Which was all about our favorite 60’s duo, Jan and Dean! Only two loyal readers showed up for last weeks quiz, with Mr. Clark Besch coming in first with all the right answers’! Following Clark, in came another “Constant Competitor Owen,  with all the goods! CONGRATULATIONS to both you brilliant Trivia Masters!

But now! It’s time for this week’s new Quiz for Tuesday August 17th! This week’s question is all about lyrics’ and song titles. We’ll begin by asking you to give us the titles to at least Five classic 60’s song’s whose lyric’s make reference to at least one other classic 60’s song? Naturally we want to include the name of the artist’s who performed the initial Five songs and the artist’s that performed the song’s that are referenced? FINALLY, and to achieve SMS Super Genius Status, give us the full line of lyric that include’s the referenced title?

In summary, here’s what we need!…

2) In addition to the titles, give us the names of the 5 artists who recorded and released these songs?

3) Give us the titles of the five “Referenced” songs

4) In addition to the titles of the referenced songs, give  us the names of each of the five artists who recorded and released the five referenced classic 60’s songs

5) For SMS Super Genius Status: Give us the full line of lyric in each song where the reference occurs?

As you ponder your brains out, why not click on the link below and browse Omnivore Recordings excellant catalog of the coolest music in the known world and beyond!…

Remember, you can play the. Weekly trivia quiz as often as you like, but can only win a Groovey Omnivore CD every 30 days!… 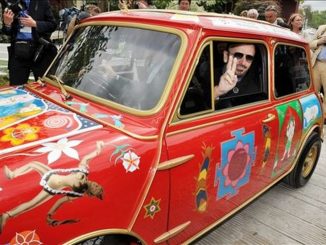 “Take me on a trip upon your magic swirling ship”